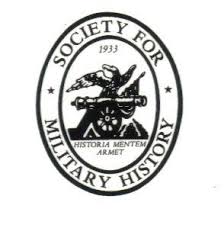 The October issue of The  Journal of Military History includes a very favorable review by Paul D. Lockhart of my book Soldiers and Civilization. Prof. Lockhart calls me on some shortcomings, but overall the review is very positive. It’s always very gratifying to have such an obviously perceptive, discerning reviewer praise one’s work, an experience I’ve been fortunate to have several times with this book.

There might be copyright issues involved in posting the review entire, so instead I’ll quote here a few lines.

“Colonel Bonadonna visits an almost bewildering variety of topics: the art and practice of war, military technology and operations, the training of officers, the political role of armies, even the contributions of soldiers to literary culture. Fortunately, in Bonadonna’s capable hands. this daunting array of topical threads comes together in a cogent package.”

“In a field where most books traditionally zoom in on narrow topics, constrained time periods, and individual events, such a broad approach is to be admired and encouraged.”

As I work on getting my next book, “How to Think Like an Armed Forces Officer” ready for publication, I’m going to keep in mind some of Prof. Lockhart’s critical comments, especially those on my writing. The suggestion that I use too many “signposts” is one I plan to take to heart.